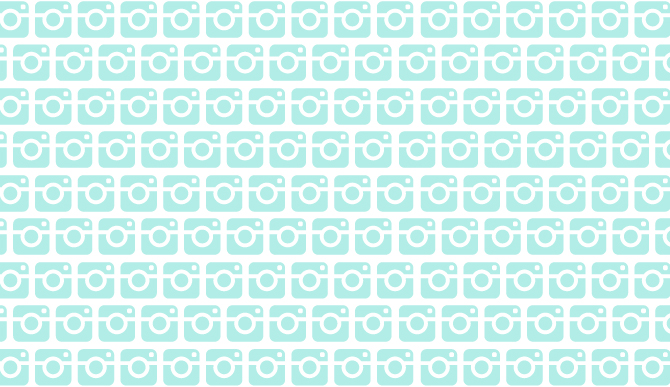 I don’t know about you, but the digital marketer in me gets really excited when I see a brand make use of social tools in a really unique way.

The overarching concept for a social campaign is a no brainer: use a platform that your target audience already uses to reach them and reel them in. Having a Facebook, Twitter and Instagram account is an expectation for most brands these days, but using them in a way that doesn’t get lost in the chaos is the trick to success. Developing a creative, never-been-done-before marketing campaign that actually blows up (in the good way) is somewhat of a rarity, but when it’s executed right it is unforgettable.

Instagram speaks to users in a completely different way because it is entirely visual and that is, I think, the way us Gen Y folks prefer to consume information. Why tell someone how great your meal is when you can snap a photo with the hashtag #NOM? Brands are no strangers to Instagram, but in the past year or so there have been a few campaigns that have stuck in my brain like glue (I think that’s what the companies wanted).

One note before I get into this: all of these campaigns have been designed for the Instagram app and not the web, so if you’re going to check ‘em out, use your smartphone as you read. 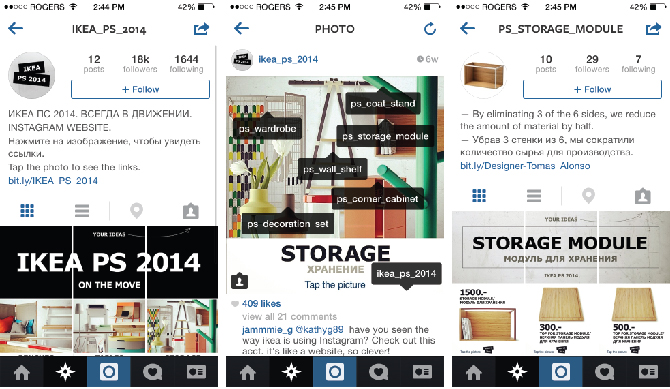 IKEA went somewhere no brand has gone before. Their team in Russia enlisted the help of Instinct , an advertising agency based in Moscow, to develop an interactive catalogue on Instagram to showcase their new designer collection. The bulk of the catalogue relies on the tag function of the platform. When users tap once on the images, the relevant tags pop up so they can then choose a product to look at, which leads them to a new “page” of the catalogue. I know, it’s mindblowing. An explanation can’t really do the project justice, so I highly suggest checking the account out yourself so you get the full experience. 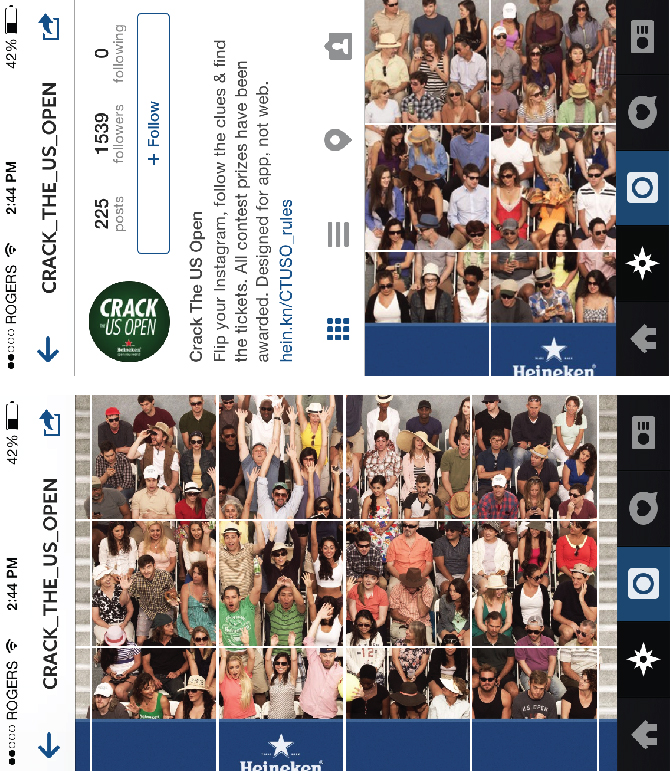 2) Heineken’s US Open Scavenger Hunt
Check out the campaign on your smartphone by following @Crack_the_US_Open on Instagram.

This campaign called on golf and beer fans alike to play a digital version of “Where’s Waldo?” on their Instagram accounts. Followers had to flip their smartphone sideways and scroll through the mosaic panorama of the “crowd” to find images with clues on them. Heineken started the contest off with a clue and codeword which led users through a series of clues (in the captions) and eventually ended with 7 pairs of tickets to the US Open awarded to the winners. The overall goal was to raise awareness of Heineken’s sponsorship of the event, and with a 20% increase in Instagram followers I would say that goal was met. 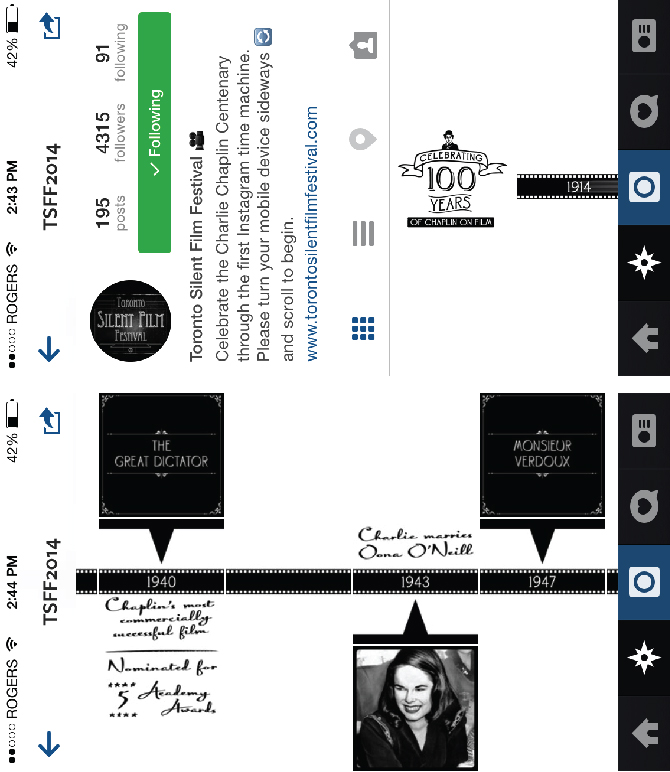 3) Toronto Silent Film Festival Check out the campaign on your smartphone by following @tsff2014 or @tsff_1 on Instagram.

The Toronto Silent Film Festival is the smallest brand of the bunch, and has used Instagram to market the event for the past two years in two completely different and innovative ways. Last year, they created short trailers of the films being shown at the festival by asking users to quickly scroll through their Instagram page in Slideshow mode to see the still images come to life – kind of like a flipbook. This year they featured an interactive timeline celebrating 100 years of Charlie Chaplin’s career in film. Scrolling through the super eye-pleasing timeline in Grid mode gave users a glimpse of different years in Chaplin’s life through various short videos and text. 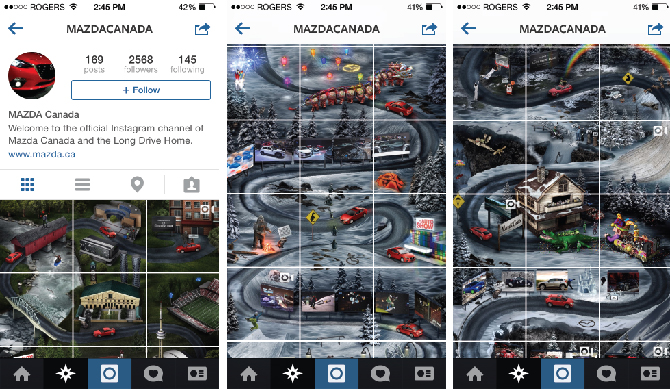 4) Mazda Canada’s The Long Drive Home Check out the campaign on your smartphone by following @mazdacanada on Instagram.

Mazda changed up their usual Instagram game with this campaign that launched last December. For three months they gradually uploaded pieces of the “road” their Mazda was driving along. On the ride, Mazda Canada highlighted aspects of the car’s performance of course, but also touched on cultural anecdotes like the Super Bowl, Toronto Auto Show, Mardi Gras, various sponsored events and even made personal shoutouts to some of their followers. You could tell that they customized the campaign as it went along which was refreshing, even though the concept was clearly well thought out beforehand. They surprised their followers by giving away a car at the very end, which is a nice thank you gift since their follower count increased by 302%. That’s huge.

So do these brilliantly executed ideas leave you intimidated, or just inspired? I think seeing creativity flourish in the market is super cool, and it’s something to which everyone in this industry should aspire.