How To Make A Good Hyperlapse - 88creative.ca/blog

How To Make A Good Hyperlapse 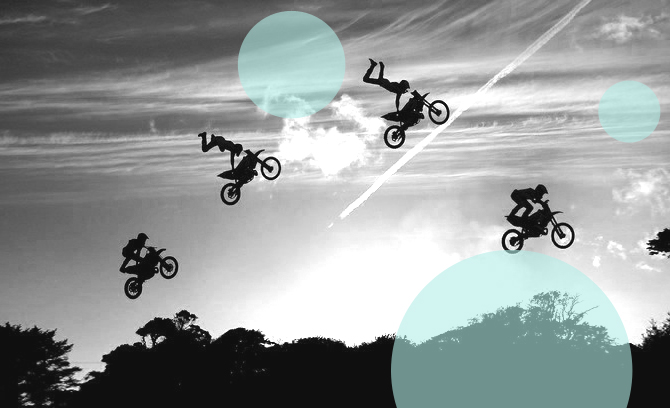 Do you know what’s cooler than boring old video? Super fast ultra sped-up video. Last week, Instagram unveiled its latest offering, Hyperlapse. It’s a really intuitive app to complement Instagram and provide users with a different way of filming things on their phones. Hyperlapse records video and allows you to speed it up into a time-lapse format. This is awesome because not only do we have a new tool for content creation, we can start thinking of social video as more than 6 or 15 seconds. We can think of it again as an art form.

Okay that may be going a bit too far, but Hyperlapse turns you from a schlub with an iPhone into a cinematographer worthy of praise from the Academy. Okay, again that might be lofty but bear with me. What makes a Hyperlapse great? Well allow me to adjust my film school beret for a second here and suggest 3 essential things that make a good Hyperlapse.

Hyperlapse compresses long amounts of time into shorter clips. Hyperlapse’s default setting is that every 6 seconds of video becomes 1 second, but it can be sped up to a max of 12 times faster. So if you’re trying to capture something quick like capturing a coworker dump a bucket of ice water on their head, it’s not exactly going to work out the way you wanted it to. That is, unless your co-worker happens to move at 1/6th speed. Instead, think of a long exposure, something that takes a really long time. Oh here’s an idea: a Hyperlapse of you trying to come up with a good Hyperlapse. BOOM! Roasted.

Most cameras track movement at 24 frames per second, so what happens when movement is sped up? Well first, it makes things funnier; second, it creates an optical illusion. Try recording something static while moving around it in a circle, Go ahead, I’ll wait. The effect is something unlike anything our eyes can capture normally and it’s probably why you felt a wee bit sick during that first Hobbit movie. Another thing it allows you to do is mess with speed and perception. Slow things appear to be moving normally while fast things are simply a blur. A good Hyperlapse will take advantage of these optical illusions to create something unique.

Lighting is the element that helps convey the other two – time and movement. Most time-lapse photography focuses on the day/night dynamic, so sunsets and sunrises always look cool as heck. Lighting can also be used to convey movement, be it tracking the sun across the sky, watching shadows move across a surface, etc. Word of advice: Hyperlapse locks in the lighting environment the second you push the record button, so moving from a well lit space to a poorly lit space might cause some trouble.

Now here are some Hyperlapse DONT’s. You can still do them, but I wouldn’t recommend it.

Hyperlapse of you working

Hyperlapse of driving your car – just stop posting these. Remember that whole thing about not using a device while driving? Yeah, that applies here too. Don’t do it for the hyperlapse.

While you come up with your amazing Hyperlapse idea, check out our first Hyperlapse for a client – a video of demolition at The Nest condos’ future site: http://instagram.com/p/se-9rkHd4u/