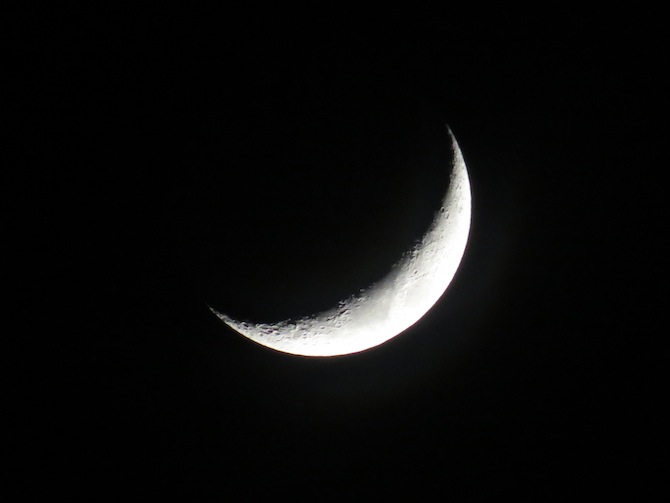 It was Eid on Monday, which means the Ramadan month of fasting is over. For one month, Muslims all around the world (including myself) gave up eating and drinking from sunrise to sunset. We tried to refrain from gossip, listening to music, watching television, spending hours at the mall, and other frivolous and totally unnecessary things. We tried to pray a little bit more, learn a little bit more, and give back to the community a little bit more.  We made more of an effort to see the best in people and spend more one-on-one time with God. For Ramadan.

Some would argue that social media during Ramadan is such a big no-no. And I would have to say that I agree a little bit. Egad! A digital marketing coordinator saying social media is a no!? Hear me out.

With Instagram, Facebook and Twitter postings linked to feelings of jealousy, envy and narcissism (remember my post on selfies ?) you can see why so many say that you should steer clear from social media during Ramadan. It’s supposed to be a month of worship, and staying away from gossip and things that would evoke feelings of jealousy.

Many people from all religious backgrounds have argued that social media has actually made our generation self-obsessed – #MosqueSelfies, anyone? We tend to spend hours upon hours browsing our Instagram feed looking at pictures of what other people are doing (or pretending to do ). Cue jealousy, hatred, envy… and so on.

However, on the other side of the argument … isn’t social media also doing good? Social media is the voice of the youth and if that’s the way to talk to them and reach out to them, then is that really such a bad thing? Various organizations and scholars on Twitter know this and they used social media to educate youth on the importance of fasting, charity, etc.

Over the month of Ramadan, you probably noticed that your Muslim colleagues were tweeting a little bit more about Islam than usual – sharing more religious anecdotes and prayers (and tons of pictures of food). A little more than they would the other 11 months of the year, anyway.

I personally spent less time posting and sharing on social media this Ramadan, and even less time browsing my feeds as I normally do. I definitely didn’t post any selfies in mosques. But I can’t help  but think how nice it is to see the hundreds of thousands of Muslims on social media platforms all around the world go through the same thing I do. From tweeting about what we want to eat for iftar (breaking of the fast) to the struggles of explaining to every single person that no, we can’t even have water. It’s a sense of camaraderie and familiarity.

This year, Twitter also rolled out icons for Ramadan, which made many of us celebrating feel hella special.  It’s not only for #Eid and #Ramadan, but also for #Ramazan and the arabic #رمضان or #عيد_مبارك. Smart Twitter, very smart because last year there were 74.2 million tweets about Ramadan. Holy.

Twitter went above and beyond and also partnered with @AlArabiya who you could tweet “#iftar #Toronto” (or whatever your city) to find out when you could break your fast. Convenient, and so clever.

So is social media really such a bad thing during holy times? Maybe not – as long as you avoid the mosque selfies and remember that online or offline, it’s a time to focus on faith instead of the Rich Kids of Instagram.

Hafsa is a Digital Marketing Coordinator at 88 Creative. You can follow her tweets at @Hafs__ .