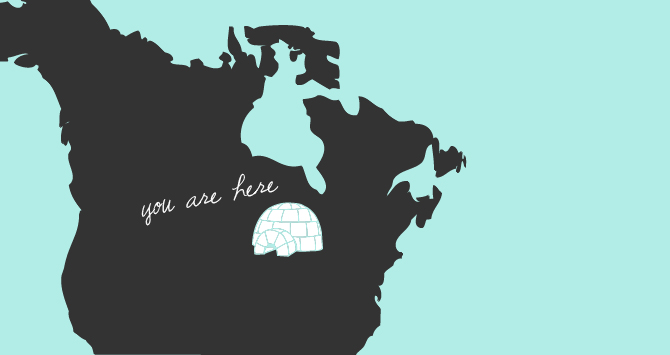 Posted on January 9, 2015 by Meaghan Zabinsky

As a Canadian first and an advertiser second, I find no greater joy than to sneer at American ads. The bounty of eagles, star spangled banners, and declarations of freedom – from sales tax, that is – get me every time. As a kid, daytime TBS was my favourite source of these. The quasi-patriotic car insurance ads (call 1-800-General now!) and cowboys hawking community college were a strange source of Canadian pride for me. I felt smug that we’re too smart to have that kind of thing happen here.

Until, of course, it started happening here. With the influx of American retailers and media, it seems more often than ever campaigns are swapping apple pie for maple donuts, and expecting to elicit a feeling of Canadian pride so strong that I’ll actually drop my Loonies on their product. This token patriotism, the laziest form of human truth, makes me both depressed and irritated.

A misconception advertisers struggle with is the formulaic application of American techniques to Canadian audiences. While Americans are quite patriotic, it’s a well-documented phenomenon that Canadians don’t feel the same sense of Canadianism, or a love of Canadiana. You cannot swap Uncle Sam for a Mountie and expect us to relate to it.  We’re a nation of immigrants, a nation made of the traditions of other nations, a place where poutine is topped with butter chicken and about 1% of the population has spent time in an igloo – why is it expected that we’ll swallow the maple syrup the same way the States scarfed down Freedom Fries?

One recent example is a campaign out right now for Say Yes To The Dress Canada that features only a bride wearing snowboots and carrying a bouquet of maple leaves. There’s no action, plot, or story – there’s only this inexplicably jacketless woman. It was only after getting past the fact that snow boots and maple leaves don’t even exist in the same season – also, isn’t she cold? – that I got around to annoyance over this ham-fisted pandering. I’m all for CanCon, but come on! Who do these people think they are? Moreover, who do they think I am? 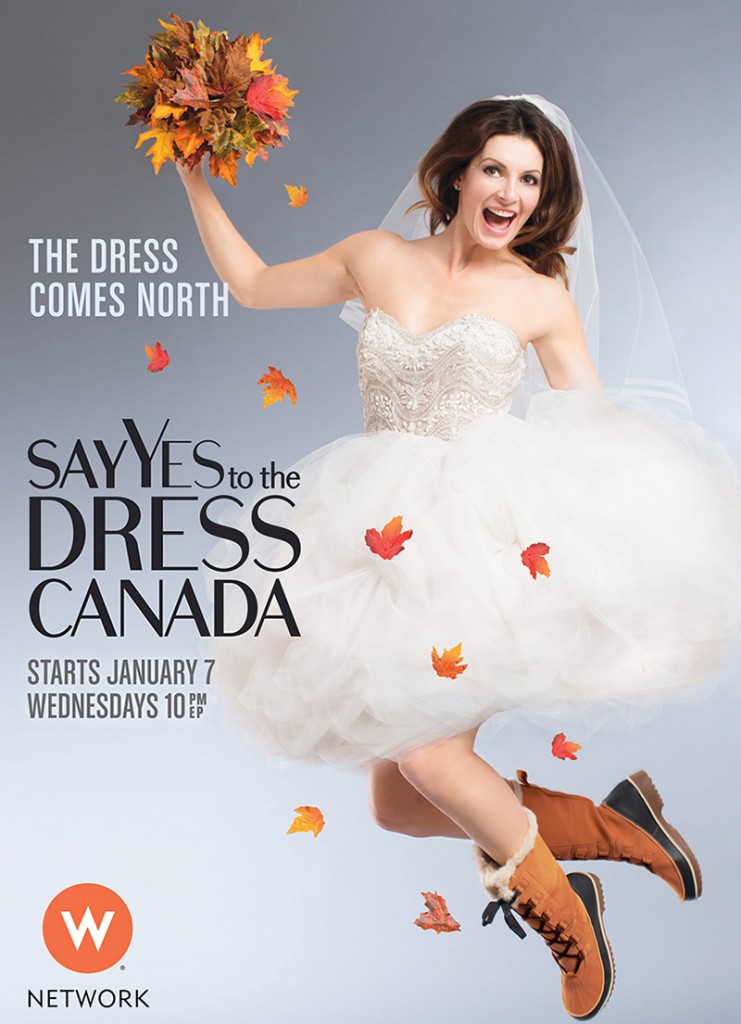 It’s not only Canadian conversions of American campaigns that are guilty of this. As Tim Hortons loses market share to Starbucks and McCafe, the so-called Coffee Wars have brought out a particularly plastic iteration of our favourite Canadian tropes. Take Starbucks’ social campaign to name the blond coffee blend that’s particularly popular here. Thousands of entries, and what do they pick? True North. TRUE NORTH. If trying to get Canadians, in 2013, to stake patriotic ownership in something as insignificant as a blend of coffee forces us to default to a line from the national anthem, we’re doing something wrong. Is True North selling? Sure, but did Starbucks summon the same emotional attachment and quasi-pride we feel toward Timmies? I think not.

So, my hope – note, not my prediction – for 2015 is that we can make a brand of patriotism that’s true . Why can’t we talk about being a nation that celebrates politeness, instead of relegating it to satire? Why can we only talk about our abundant natural beauty in Molson commercials? Why do we continue to jam Mounties in places they have no business being, despite the fact that they’ve been embroiled in scandal for years, and, despite the fact that I’ve lived in Canada my entire life, I’ve never seen one? Why do we create cyclical media messaging that just ticks box after box on a list of cliches ending in a woman literally using maple leaves as a bouquet on her wedding day?

That is still a really excellent ad.

Let’s start a conversation we can relate to. Let’s start a dialogue that celebrates real, solid and true reasons why being a Canadian is a privilege. Let’s start talking about why we’re really proud to be Canadian. I might love sneering at the States’ ads, but I hate to sneer at ours.