The Green iMonster: Coming Down With a Case of Tech Envy - 88creative.ca/blog

The Green iMonster: Coming Down With a Case of Tech Envy 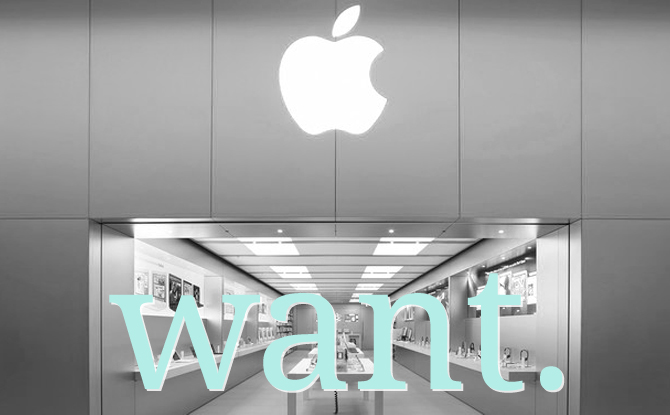 Why should I be excited? Well, because the latest and greatest in the technological universe was just unveiled. Why am I not excited? Because those who get their hands on it first will be superior to me – or something like that.

As with any new technology release, companies aim to market their product as the best thing you’ll ever be able to purchase (until next year). They do so by comparing the new product to something else, whether it’s an older model or a competitor’s model. Comparison is key, and Apple is notorious for using this tactic, and they have ever since the launch of their first iPod. They do it by hosting their annual “Special Event.” They build up the anticipation, which draws us in, then they tell us why the new advancements will make our lives that much better.

Do you know what happens next? We come down with a big ‘ol case of tech envy. Most of us suffer from it on a regular basis actually. We want the best of the best, and are envious of those that have the newest, coolest tech. Tech envy has become more of a trend as technology continues to become more and more advanced. It has actually been reported that 30% of people working in North America would say they’re envious of their coworkers’ hi-tech devices. It’s somehow built up in our minds that advanced technology goes hand in hand with superiority, and the proof is in the numbers.

Each year the number of preorders increases as the new iPhones are revealed. There were over 4 million iPhone 6 and iPhone 6 Plus models ordered in the first 24 orders pre-orders were available this year – double the amount of pre-orders that came in when the iPhone 5 was released.

Who suffers from tech envy the most? A pretty good guess would be Samsung – if not mostly from an attention-seeking standpoint. Non-iPhone users already suffer from being that green person in their group of friends, but on a larger scale Samsung just doesn’t receive the same kind of attention toward their products as Apple does, even if they come out with the same tech years before them.

Case in point: In the ongoing battle between Android and iOS, Samsung had an immediate – and necessary – comeback to the iPhone launch this year. They released a series of short advertisements mocking the fact that their smartphones have had these “new” advanced features for years already. The series, cleverly titled It Doesn’t Take A Genius , mentions features like the multi-window function, the bigger screen, the quick-charging battery, and of course the wearable devices (in reference to the Apple Watch), to poke fun at the fact that Samsung has had those available since 2012. My favourite of the series is when they make fun of Apple’s inability to host a working live stream, which as someone on my Twitter pointed out is something Taylor Swift gets down pat on the regular.

So why do us iPhone snobs remain loyal to the brand that’s so far behind? We may never know.

I personally just got a new phone, so the iPhone 6 or 6 Plus isn’t on the horizon whatsoever, but I guess you could say I tuned into the live feed because I wanted to know what phone features I ultimately wouldn’t be getting. Alas, the tech envy will set in with the first person I see swiping away on their bigger and better smartphone. Sigh.

Claire is a Digital Marketing Coordinator at 88 Creative. You can follow her tweets at @clairenowens .