Posted on September 19, 2013 by William Ruzvidzo 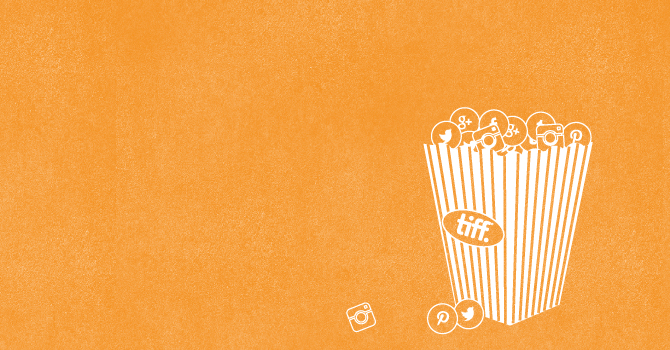 It’s a wrap. The stars have jetted out of town, the red carpet has been rolled away, and normalcy has returned to King West (somewhat) now that the 2013 Toronto International Film Festival (TIFF) has ended. According to TIFF’s social media manager Melissa Feeney , this year was the Festival’s strongest yet, with record attendance, most tickets sold, and most tweets (approximately 60,000) using the official Festival hashtag #TIFF13.

We spoke to Melissa, along with TIFF’s director of marketing Allison Freeman , about TIFF’s social media and marketing campaigns, and all the behind-the-scenes work that goes into making TIFF the success that it is.

Doing marketing for TIFF seems like a very glamorous job to an outsider. Can you share some details on some of the work that you do?

Allison Freeman: It may seem glamorous from the outside but it involves a lot of un-glamorous hard work! Though, we definitely like to have fun. From a marketing standpoint, our number one job is to ensure the public knows about the Festival, the films, and to get them into seats. We develop marketing campaigns, ticketing strategies, and branding plans so that everyone in Toronto knows the Festival is coming to town. We also work closely with the programming team to understand what films are coming, so that we can find the right audiences for each film.

What are some of the most memorable or successful campaigns that you’ve done?

AF: I love how our campaign this year spoke to engaging our audience. We asked consumers ‘what’s your Festival personality?’ because we know everyone has their own way to experience the Festival. Some people spend all their time on the red carpet looking for celebrities (Stargazer), others take the week off work to see as many screenings as they can (The Extended Lunch Breaker), and some won’t buy tickets in advance because they like to buy last minute tickets through our Rush lines (Rush Line Guru). The campaign includes great facts (ie. Last year, 6500 people bought tickets through the rush line.

How has social media changed the way that you market TIFF and communicate with your fans?

Melissa Feeney: Social media has had a great influence on how we market the Festival overall. It has allowed us to be really nimble and react to what is going on in an instantaneous manner. Twitter especially is a great way of reaching our fans with new information before we even have time to post something to our website. We have a really loyal fan base so it’s also a great way to poll audiences on their preferences, as a way to get a read on a new initiative we may want to try. Social media has also empowered our programming team, who can market their films directly to loyal audiences that they have built up.

This year you changed the way you use social media, announcing attending celebrities on your Pinterest account. What other first-time initiatives did you use this year?

MF: The Pinterest board was something new we tried out in 2012. The positive response to last year’s talent board encouraged us to build upon the success of the year before by including directors as well. A link to the board for people to tweet out was also included in this year’s press release. Some of our new initiatives for 2013 included a pre-Festival Reddit AMA (ask me anything) with our Festival programmers to help our audiences navigate the Festival, and an Instagram Bingo game for those exploring the Festival Village.

Celebrities are the ultimate social media influencers – do you work with them to amplify TIFF’s social media reach?

MF: Absolutely! Our guests come with their own built-in audiences which can have a great impact on the exposure their films receive as a result of them tweeting with their fans. We keep an eye out on these guests and try to retweet or mention them in our promotions to build the buzz that they create. We’ve seen a rise in the number of guests who tweet using the official hashtag and mention @TIFF_NET , our official Twitter handle, as we’ve made a concerted effort to promote our hashtag and Twitter account across all of our marketing materials, website, social media channels and printed pieces. 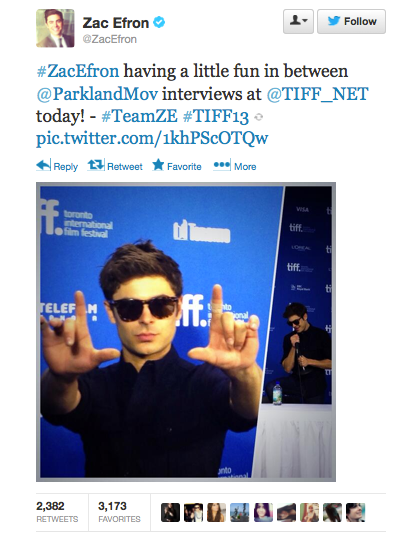 How large is the social media team at TIFF?

AF: Year-round, we have an incredible team of one! Our social media manager Melissa does everything from building social media strategies, to monitoring our social networks, and answering questions from our fan base. During the Festival, we supplement with volunteers and interns to help with some behind the scenes work.