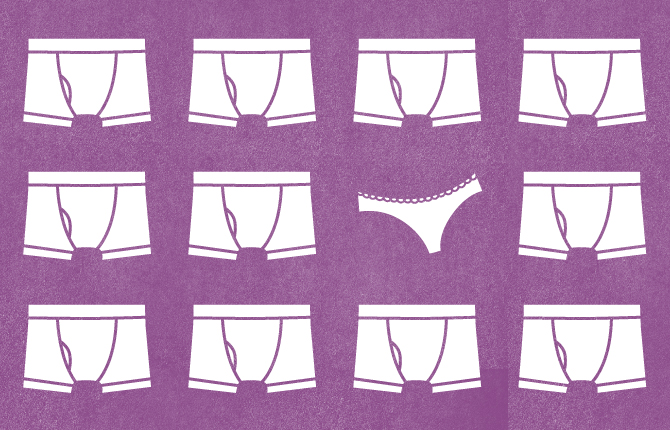 In May of 2012, Maryland became the first US state to pass a law saying that employers could not ask prospective employees for access to their social media user names and passwords. The absence of such laws, it turns out, makes your social media information fair game because laws haven’t been keeping up with advances in technology.

It is now  commonly accepted that an interviewer will look you up on Google, Facebook Twitter, LinkedIn and anywhere else he can think of to learn as much as he can can about you, from whom you worked with in past to your weekend party habits. It’s up to each of us to tailor our online presence to our ambitions, whatever they may be.

What makes the incident described at the beginning of this TIME article so upsetting is that the employer was accessing private messages and other information that even one’s Facebook friends wouldn’t have access to. It’s the equivalent of asking for someone’s house keys so you can go through their underwear drawer.

Sure, you can always say no if you think something being asked of you is unreasonable, but in a tough job market people may be desperate for work and willing to do whatever it takes. This is the most disturbing part of the issue for me; it will always be about power. The person being asked to undergo a digital strip search usually needs something from the person asking him to bare it all. It could be a job, admission to an academic institution or trust in a (albeit unhealthy) relationship.

When it comes to hiring managers, (the focus of the aforementioned TIME article) asking for access to password-protected information breaks the job interview code, in addition to making them look like jerks.

What is this code I speak of? It’s a tacit agreement that both the interviewer and the interviewee have consciously cultivated an image that presents them in the best possible light for the other party.

This means that the interviewee wears his most professional outfit (even if he or she only has one) and dabs on some concealer to hide any traces of last weekend’s partying. In turn, the interviewer doesn’t mention that “occasional” overtime is an almost daily occurrence, the washrooms are badly maintained and the team the new hire will be joining is largely incompetent.

Job interviews can be very stressful, and not just for the applicant. The hiring manager is under a lot of pressure to make the right choice. The point is that in a job interview, much like a first date (the two are disturbingly similar) it’s understood that people will work hard to present themselves in the best possible light. That’s why there are probably some things you did for money that are conspicuously absent from your resume. People should have the right to put their best foot forward.

It’s true that interview trends are moving in the direction of getting to know each other in a less contrived, more human-to-human manner, although being in this industry surely skews my perspective. Personally, I think this is a positive development. An interviewer could ask questions like, “I saw that you traveled to Iceland recently. Tell me about that.”

You can learn far more about people by talking to them naturally about their interests than you can from asking, “how do you respond to constructive criticism?”

We all have dirty laundry, and the internet and social networking make it far easier for everyone to find. Since social media is generally credited with leveling the playing field and empowering the oppressed, it seems extra perverse to use it to hold power over someone by removing that equality. Especially when that someone really needs a job.