Podcasts: The Ye Olde Radio Programme Is Back - 88creative.ca/blog

Podcasts: The Ye Olde Radio Programme Is Back

Posted on December 2, 2014 by Gabriella Rackoff 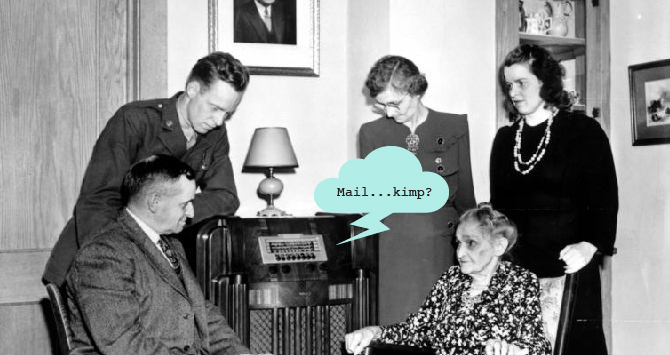 Podcasting evolved right along with the internet, but for most of its existence the humble podcast has remained relegated to the world of nerds with niche interests. When you look at all the competition for one’s attention, it’s counterintuitive that what is essentially a radio show could become an international hit. Enter Serial .

If you haven’t been following Serial yourself, chances are you’ve heard about it. You’ve seen it on Facebook, you’ve heard people talking about it on the bus, or for those residing under or near a rock, maybe the word just makes you want Cheerios.

In Serial , reporter Sarah Koenig follows one story over the course of a season. Season 1 concerns the 1999 murder of a Baltimore area high school student and her alleged killer who maintains his innocence as he serves out a life sentence for the murder.

Speculation about why Serial became so popular is abundant. Murder, mystery, intrigue, the thought of that poor guy spending almost fifteen years in jail for something he didn’t do - it’s definitely a compelling story. It has spawned fan clubs and discussion groups all over the world. The appeal is obvious, but at the same time it doesn’t sound so unique that you would expect it to become a phenomenon.

Serial is produced by the team behind This American Life , a podcast with about 2.2 million listeners. It’s definitely popular, but for the sake of comparison, Dateline NBC has 7 million viewers . For some reason, a podcast – even one of the most successful ones – just can’t seem to reach mass popularity. Now, as surprising as it is even to its own producers, Serial is changing that. People who never even thought about podcasts as a medium are now seeking them out, wondering what they’ve been missing.

Podcasts are a perfect medium if you think about it; you can listen to them while driving or making dinner, plus, the simplicity of using nothing but audio keeps production costs down. Maybe the lack of stimulating visuals is what kept podcasts under the radar. It took one going viral for people to realize that sometimes all you need is good, compelling storytelling that makes you think.

If you fell for Serial and now want to delve further into the world of podcasts, here are some favourites from me and the rest of the 88 Creative team:

This American Life This is the obvious place to start. Ira Glass and his team, including Sarah Koenig, have been producing This American Life for years. Each episode brings you three completely different stories that relate to the same theme, usually featuring regular people.

Freakonomics Economists Stephen J. Dubner and Steven D. Levitt are the authors of the bestselling Freakonomics book series. This podcast is all about challenging perception and rethinking the obvious answers about why the world is the way it is.

Radiolab Radiolab podcasts cover topics in science, philosophy, technology, and culture. If you’re generally a curious person, you will be hooked.

Criminal Another natural choice if you’re caught up on Serial and want more. Simply put, Criminal tells stories of people doing bad things. They look at strange and unusual crimes rather than your typical cheating spouse murders.

Rooster Teeth
Rooster Teeth is a comedy podcast from a production company in Austin. They talk about internet culture, pop culture, gaming, and science.

Any of these podcasts will make you more interested in the world and people around you, and give you a glimpse into where we might be headed as science, technology, and human nature converge. Be curious, gather ’round the ol’ music box, and get ready to hear a good story. Happy listening!