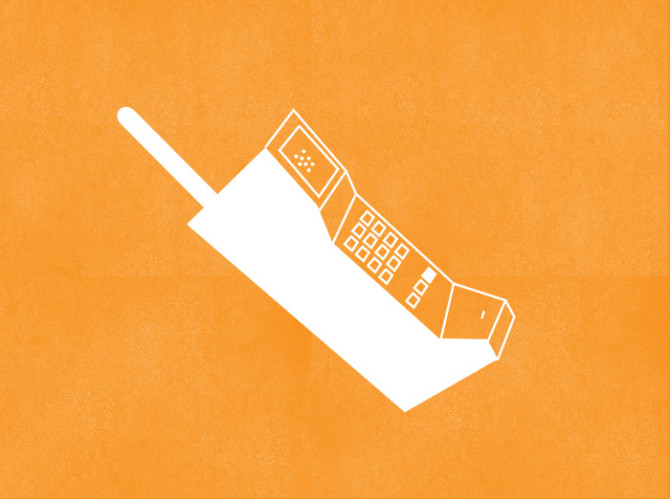 Five years is the new forty

Posted on April 4, 2013 by Gabriella Rackoff

Yesterday, revelers from all around the interwebs were celebrating the 40th anniversary of the the first cell phone call. Naturally, the Mashable report also included an infographic by Column Five which outlines the technological progress and falling prices that led to the cell phone’s ubiquity.

What I find fascinating is the amount of time it took for cell phones to become mainstream. It took twenty years before your typical Wall Street big-wig had one, but in another five to ten years many high school kids were carrying them.

The first camera phones came out in 2002 and just a few years later it was impossible to buy a cell phone without a camera. I remember having a phone that could technically be used for browsing, but it was so primitive that I don’t know how anyone ever found it useful. Just a couple of years later, the iPhone came along and there was no going back.

Companies have been toying with the concept of a tablet since the 80s, and the Palm Pilot did have its moment, but it took the release of the iPad in 2010 for tablets to become coveted by the average consumer. Even then many people weren’t sure what niche the iPad would fill and why they needed one. Now many toddlers I know have their own. Seriously. 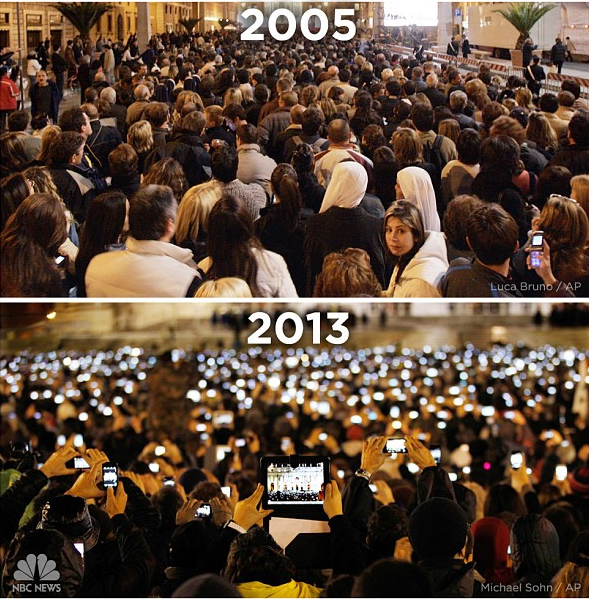 The above photo ( posted on the NBC Today Show Instagram account ) went viral during the recent election of the Pope. What makes this photo remarkable is that 2005 resembles the dark ages from our vantage point.

Reliable and affordable cell phones were everywhere, making 2005 a far cry from 1973 when that first call was made. But did they make the world a different place? In the eight years between these two papal elections however, one could argue that the world changed drastically and irreversibly.

Advances in technology and connectivity are self-accelerating. We used to have to wait for governments and corporations to develop technology, then wait for it to trickle down. Now anyone can create an app, and crowdfunding platforms like Kickstarter mean that consumers themselves are deciding what they want and making it happen. We no longer have to wait for companies to get it right through trial and error.

Technologies like 3D printing are having a similar effect on consumer goods. It’s a kind of extreme democratization of design and production where only things people want are being made, and they’re being made and distributed with unprecedented speed.