Apps for Apes: How Repurposing is Taking Over Invention - 88creative.ca/blog

Apps for Apes: How Repurposing is Taking Over Invention 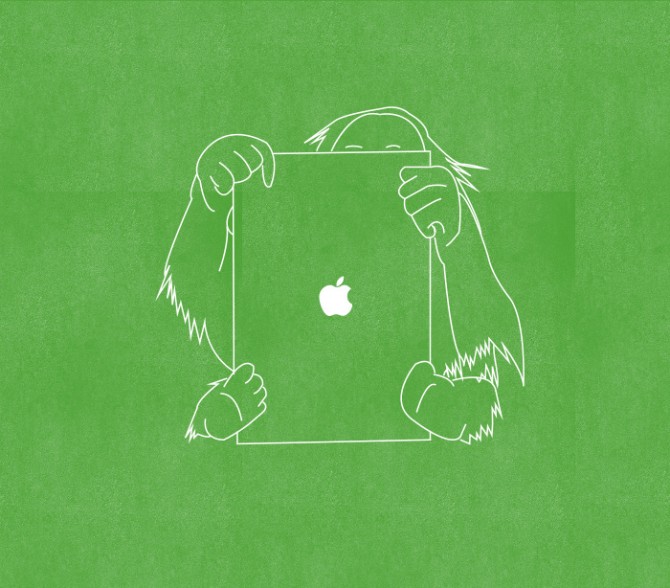 One of the buzziest buzz words when talking about invention and innovation today is repurposing. As we know, it’s not a new phenomenon, but repurposing continues to get more and more creative.

We see real estate developers using adaptive reuse to give life to old buildings, and people coming up with different ways to create a sense of organization with common household items. This gives rise to sites like LifeHacker , which is a publication that gives people ideas on how to live their lives in the most efficient way.

I came across an example of repurposing lately that I found really interesting. I heard about apps for apes. (Yes, I am literally talking about iPad apps designed for apes in zoos).

At the Toronto Zoo, apes are using iPads for memory and matching games. They are smart enough to understand how to use the device properly, and they figure it out quite quickly. Although the iPad itself has the same purpose, the intended user is different so the zookeepers are repurposing the user.

After hearing more and more about allowing apes to use apps, I started thinking about how this can affect species outside of the Toronto Zoo (mainly humans, but clearly you never know). This creates a whole new aspect of app creation, potentially even a whole new arm of the industry; tech for animal use.

Repurposing all different kinds of things that already exist is inevitable. With so many things already invented, it’s natural for us to continuously try to make them better or different. Although I know it sounds detrimental to creativity, is it possible that almost everything is already invented, and from now on we will see innovation take over invention?

What do you think? Let us know!