Posted on December 6, 2013 by Gabriella Rackoff 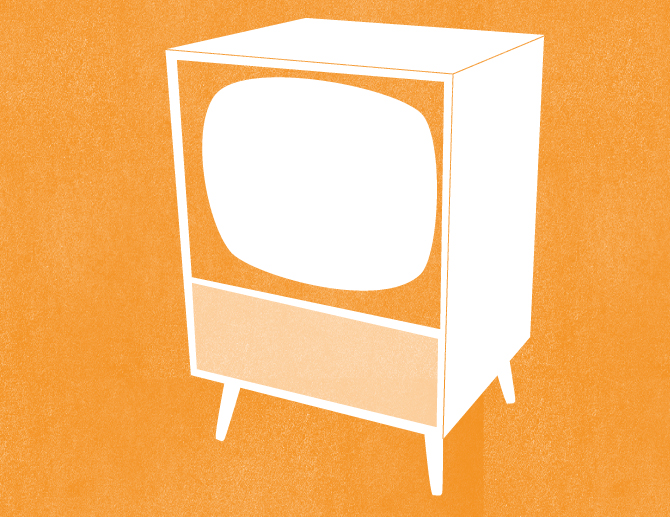 Remember when everyone said that cable networks were going to die ? That TV was going the way of FriendFeed, Google Wave, and the Palm Pilot? While the VCR (and more recently Blockbuster) made an exit from our living rooms long ago, TVs and cable networks have stuck around. What’s changed is how technology is breathing new life into a traditional medium through social TV , the rise of the second screen, and new distribution channels for TV shows. Here are six examples of how streaming and social media are enhancing the TV experience instead of killing it.

Netflix is now in 17% of Canadian homes , and experienced 70% growth in Canada in 2012. Netflix has a real say in what people watch and, in turn, what they talk about on social media. In addition to reaching more Canadians, the service also upped its original content game this year, releasing critically-acclaimed shows like Orange is the New Black and House of Cards , which have helped to create a watercooler-like buzz around online content (it even attracted the Halloween attention of a certain 88 Creative staffer). It also helps that the quality of these shows is fantastic, which is key to competing with networks like HBO.

Another example of cultures being built around shows is the deal Bravo made with Spotify. They created downloadable playlists that tie in with reality shows like Thicker Than Water and the Real Housewives empire. Extra content is another way to keep people engaged with a show, and keep them tweeting. The Walking Dead is a great example of how extra content can add to the immersive quality of a show.

The rise of the second screen trend has been well-documented over the last year – TV ratings company Nielsen reported in June that almost half of smartphone owners and over 40% of tablet owners use their devices while watching TV every day. This study found that about 70% tweets about a given show are posted during the program (live sports events like the Super Bowl and awards shows like the Oscars tend to do particularly well when it comes to live tweeting).

Twitter and TV are becoming even more closely integrated – Twitter hired its head of Canadian operations, Kirstine Stewart, away from her high-profile role as head of English programming at CBC. And Vivian Schiller recently left NPR to become Twitter’s head of news and journalism partnerships. The company has a variety of ad products for networks and advertisers, and has formed partnerships with Shaw Media and Bell in Canada . Expect to see broadcasters leverage the social network more in 2014, both from a content and ads perspective.

The next logical step is giving viewers a chance to influence the outcome of what they’re watching rather than just comment on it. The Voice introduced the Twitter hashtag #VoiceSave which allows fans to save one of the bottom contestants from elimination. According to Twitter’s blog , 385,842 vote tweets were sent out between 9:53 and 9:58pm ET on Tuesday, November 12, the first time the #VoiceSave voting system was in place. In total, tweets about the show were up an astonishing 517% from the week before.

5. Not all viewers are created equal

You might assume that the most-watched shows are also the most talked-about on Twitter, but that turns to be far from true. These numbers from Nielsen and Twitter show that The Voice (See #3 above) is the only show to appear on both top ten lists. Breaking Bad was the most tweeted-about show by a landslide, but it doesn’t appear on Nielsen’s top ten list at all. One could conclude that it was less successful than it appears, but the bigger story is about the devotion of the show’s fans. Knowing which shows have the most engaged online audiences will likely become more important to advertisers as they look to leverage the second screen.

GetGlue, the Foursquare of TV, was an early player in the second screen app game. It allows you to check in to the show you’re watching, find friends watching the same thing, and share your thoughts and predictions. Last month, TechCrunch reported that it was acquired by Utah-based video discovery startup i.TV . Naturally there are numerous startups vying for supremacy in the social TV space and TechCrunch predicts turbulent times ahead with mergers and acquisitions narrowing down the plethora of options out there for people who want to watch their TV and share it, too.