How a BuzzFeed quiz landed us on the front page of the Toronto Star - 88creative.ca/blog 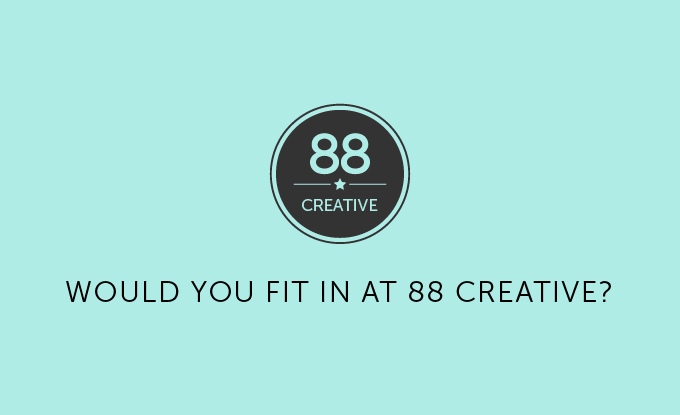 Over Thanksgiving weekend, my ever diligent co-worker Danielle spotted an email from Buzzfeed that stated they were opening up the ability to create quizzes as a community post. Previously a sponsored quiz on Buzzfeed would run you about $20,000. Yikes.

That being said, I wanted an outlet to test out just how much fun I could have with a Buzzfeed quiz. We work with a lot of smaller outfits who don’t exactly have the $20,000 handy to drop on a custom quiz, so it’s nice of Buzzfeed to open up their functionality for the rest of us.

But what were we going to write a quiz about? We’ve talked a lot about how our company culture is tantamount to the way we work and how we all get along. It only seemed right that we could use this as an opportunity to showcase who we are and maybe get a couple of laughs out of it. We came up with “ Would you fit in at 88 Creative ?” quiz, which includes three possible outcomes (none in the least bit negative, it’s supposed to be all in good fun after all) and the options would be influenced by a lot of our own personal preferences.

For example, I am Skittles, #ThrowbackThursday, Indie music, Basic Bitch (long story), Twitter, XYIENCE, iOS, Hockey and Iron Man. It’s only if you’re really weird do you get a disapproving look from Erin as a result.

So why is this getting a ton of attention from the media? It just so happens to be that we published the quiz while conducting a search for a new coordinator.

Before the quiz we had already received about 20 resumes based on us spreading the word over social (no Workopolis for us). After we launched the quiz we had about 30-40 more applications, they’re still coming in despite the position being filled (sorry!).

Did this quiz have any relevance to who we hired? Absolutely not.

Did Erin force these poor applicants to take the quiz during their interview? Nope.

Was it some goofy fun meant to promote our agency and culture? Totally.

Did we include a call to action to apply to work here? No, because it’s less of an actual recruitment tool and more of a goofy idea we had.

The key learnings from this are similar to previous marketing stunts (yes I’m referring to them as stunts, as it is neither part of a campaign or long-term strategies) we’ve pulled.

Check out the press we received in Digiday , Marketing Directo , Marketing Mag and oh, The front page of the Toronto Star . No big deal.

An article came out in Digiday (also, Ad Week if you’re fancy) about Lord+Taylor’s hugely [...]

Snapchat: It's a thing.

I consider myself a modern Millennial. I’m open to new things, I’m a big fan [...]