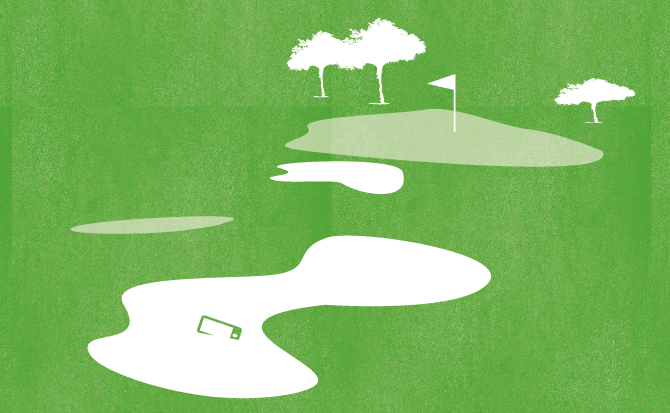 Since the weather has finally cleared up, I’ve had a lot of time to clear my head on the links. I’m by no means a great golfer, but it’s a fantastic place to clear your head. Or in my case, enrage yourself. Hey,  it happens.

Anyway, it could be that amazing birdie I sunk on the weekend, but I haven’t been able to get golf out of my mind. Even at work, I can’t help but draw the comparison between social media strategy and how you decide to attack a round of golf.

This applies in almost any situation, but with the exception of Happy Gilmore (and even he needed practice) very few people are able to shoot a very reasonable score on their first time stepping onto a course. In fact, I’d be amazed if someone didn’t get a dickout on their first shot. 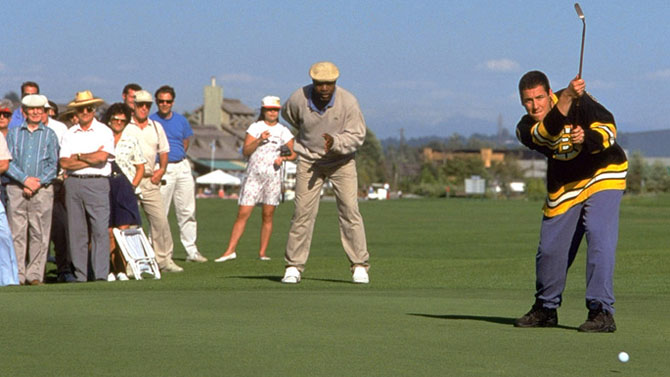 So, how do we improve? Well, simply put – practice. Driving range, practice green, anything to improve your shot and game. Same goes with social media — If you aren’t actively tweeting and exploring different social media tools and strategies on your own, how do you expect to get better at your job?

When you’re out on a golf course, there’s no limit as to how many clubs you can bring in your bag. It can be argued that there is no use to carry two drivers in your bag, but you never know when you might need the stiff shafted, high draw one for those trickier shots. To each their own, I suppose.

With social media, each platform is a tool; they all have their own purpose. You wouldn’t post a tweet on facebook, so what are you doing driving with a sand wedge? When you think about it, your social media strategy is a lot like your golf bag — the more tools you have in your arsenal, the better off you’ll be.

On the course, the only person you have to blame is yourself.

So you duff a shot wide into the drink to the left of the fairway, who are you going to blame? The inanimate golf club? The goose that squawked and caused you to mess up your backswing? The wind for being so damn windy? Nope. That was you, that was all you, bro.

Golf is a sport that requires you to be true to yourself, and fess up to your own mistakes. Have to take a drop? It’s the fault of the person swinging the club. Social media keeps us all honest. If you’re deflecting and not owning up to your own shortcomings, people will notice — with particularly negative results.

Transparency, honesty, and a little bit of good character will get you far in social media. Speaking of character…

There’s the long-standing notion that golf is a “gentleman’s game” and is played amongst the “old boys club”. Uh, have you seen these guys? The guy in the overalls has a Green Jacket and his own hovercraft golf cart. 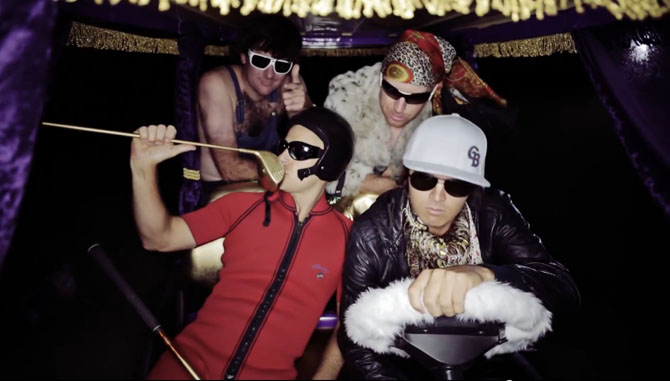 Tour pros these days are not the ones of old; flashy attire, golf stunts, and even ridiculous boy bands are not out of the realm of possibility.

To that point, do you really want your social media strategy to seem like it was input into a system by a robot to perfectly time and tag every tweet, facebook status and blog post? Sure, there’s a time and place for serious stuff, but if you talk like a real person, people will be more inclined to interact with you and act as brand champions.

Par for the course sometimes doesn’t cut it.

Don’t get me wrong, being par on a course after 18 holes is a very good thing, but sometimes you have to go above and beyond what you would normally do to stand out above the rest. Tell a joke, pwn an internet troll, write something incredibly profound that people will like and retweet, do anything beyond the norm and you will stand out with your strategy. Speaking of which…

If you don’t go for it, you never know what could happen.

‘If I place this 4 iron shot through this tree and on the green, I have a shot at an eagle”. Come on, we’ve all been here before right?

Realistically, nine times out of ten your shot loses all of its speed in the tree and you’ll have to hit it again. So you play the safe route and get it onto the fairway and make the shot. But still, could you imagine making a shot that insane? There’s always the safe route to posting something online; there’s also the one with the potential to go viral. You never know until you try, and that’s the beauty of social media.