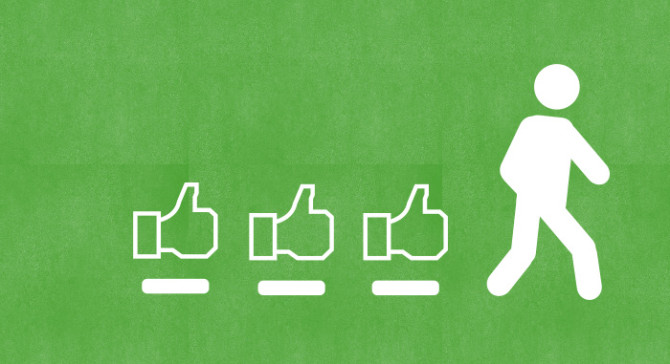 We’re all just a bunch of dirty Facebook likers

I was a pretty early Facebook user. I was in school in Boston when Zuck and co. had the bright idea of opening the platform to US universities not named Harvard, so I got in pretty early on in all this Facebooking malarkey.

It’s a pretty safe bet that saying “times sure have changed” qualifies as an understatement. The advent of mobile, the sheer amount of information available, Timeline, IPO, chat, graph search etc. etc. etc. have all contributed to not only what we can do on Facebook, but also how we act on it.

For this guy, the biggest influence is the advent of the “Like” button. The day that four lettered blue word was launched was the first day of a seismic shift in how we used Facebook.

Pre-like, you had to type something in to show your approval: “I like this” for example. (side note: I’d love to see stats on instances “I like this” was typed in to comment boxes before the button came along). Now it’s a quick touch of the screen and you’re done. On to the next one. It’s just so bloody simple! In fact, it’s genius.

But now we’ve taken it to a whole new level. Instead of commenting on friends’ pages to catch up or say hi, we just like a photo or post that pops up in our news feed every now again to let them know we’re still alive, and that’s good enough for many of us out there, me included. My Facebooking has absolutely decreased because of the like button.

And sure, everyone uses Facebook for their own purpose and in their own way, but if we’re talking in generalities here, we’re all just a bunch of dirty likers.

Is this a good or bad thing though? Has the ease in which we can “connect” by liking a post resulted in less connectivity amongst our personal communities? Will the human race soon communicate online via a bunch of pre-ordained buttons? In a way, we’re kinda doing it already.

Are you a dirty liker? Let us know in the big white box underneath or holler on Twitter @88creative