Turn Off Your Filters - 88creative.ca/blog

Turn Off Your Filters 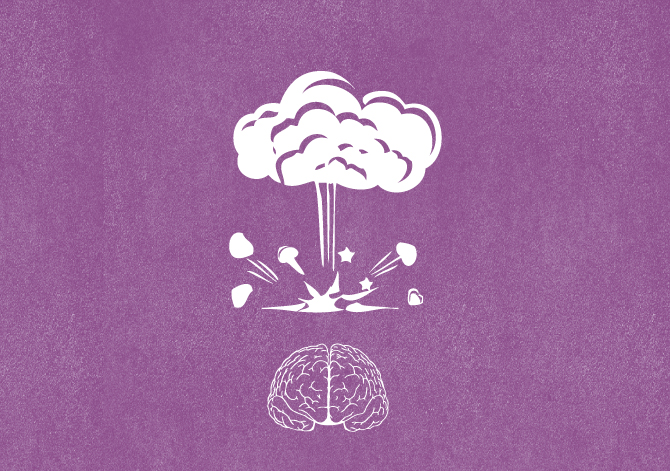 I have a bit of a reputation around the office for just blurting out ideas. Sometimes with a ton of thought involved, but mostly things just off the top of my head and hoo boy, are some of them ever dumb. But here’s something I’ve learned in my time in this industry, and stop me if you’ve heard this one before, but there’s no such thing as a dumb idea.

Well I mean, sure there are some absolutely dumb ideas. The “24 hour running with scissors marathon” could be considered somewhat dangerous. Or how about trying to microwave a burger with tin foil wrapping? In my defence I had a few beers, and it was late, okay?

My point is that when it comes to creative thinking, brainstorming, and strategy, there really is no way to go wrong by turning off your filters. I’ve been asked how it’s possible to have no filter on throwing ideas out to a wider group, and without this turning into some thought piece on “how to spark creativity” the easiest way to turn off your filter is to admit to yourself that it’s a pretty dumb idea but go with it anyway. It’s kind of the same train of thought as “throw something at a wall and see what sticks.”

Send internal e-mails in doge speak ( Wow. Much expenses. Many accounts. Such payment. Very health insurance.), write itemized lists of completely random things (hey, how else am I going to think of topics to write Buzzfeed community posts about?), read absolutely everything you can on the internet in a single day, swear, and take selfies with unaware coworkers and tag them on Twitter.

Speaking as someone who directs digital strategy, creativity shouldn’t be constrained by “we can’t do this,” “that’s off-brand,” “that won’t work,” or even “hey, what are you doing in our office?” because it’s all a jumping-off point for you to hone the idea that actually makes it to the client’s desk.

For example when our team was asked to throw out ideas for 88 Creative’s tagline, within 10 minutes I sent back 15 ideas that included such gems as “your girlfriend’s favourite agency,” “we’ll drink you under the table,” “think differently,” (apparently that one’s taken), and “keeping the best trolls employed since ‘11.” While none of them were chosen, and most of them were ridiculous, they got the ball rolling, and helped spark creativity from other team members (and regardless of our tagline, we CAN drink you under the table).

Would I have tried this method in University? Probably not. What about during my first job? Maybe if the right opportunity presented itself, but I probably would have felt uncomfortable.

It takes a certain comfort level within your surroundings and to a lesser extent, experience, to just blurt out ideas. But look at it this way: every idea is a jumping off point for an equally separate thought, so what is there to lose?

I want 2014 to be the year of outside the box thinking at 88 Creative, and I will not tolerate filters.