The Twitter Quoting phenomenon and why it needs to stop 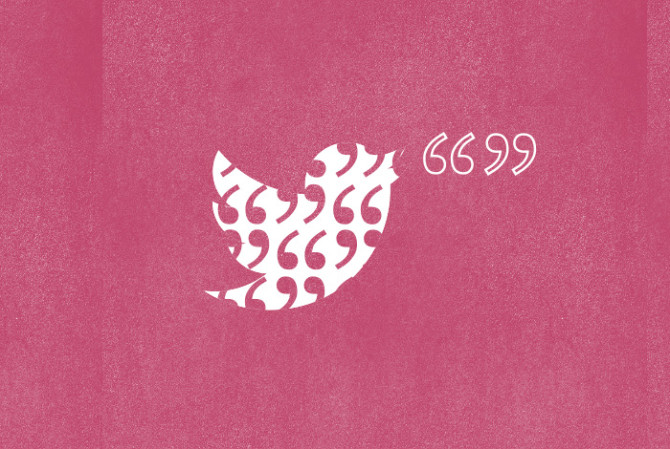 The Twitter quoting phenomenon and why it needs to stop

There’s a plague on twitter. It’s not one that’s going to wipe out scores of people, nor is it one that will cause chills or fevers. But man oh man is it annoying.

My particular beef is with the users within our industry. Self-appointed “gurus” and digital aficionados who should realistically be more creative and less lazy in their tweeting.

I don’t know if it’s a recent thing or if it’s a direct result of the people I follow, but I can guarantee that whenever I scan through my home feed, it will be littered with various life-affirming, deeply philosophical or downright schmaltzy quotes (all under 140 characters of course).

Now don’t get me wrong. I enjoy a good ‘ol quote just as much as the next guy, and there are a great bunch of twitter accounts dedicated solely to quote sharing, which is perfectly acceptable. Also quoting speakers at live events, song lyrics etc. etc. – I get that. Cool. Whatever.

What gets my goat are the users who use twitter for business purposes and can’t think of something more creative than auto-scheduling random quote after random quote – it’s cheap.There. I said it. To illustrate my point, go on Twitter or Hootsuite or Tweetdeck or whatever platform you use, type in Ralph Waldo Emerson and see how many quotes come up…….crazy, right?!

And I don’t want to pick on poor old Ralph, but his astounding popularity has worked against his favour for this particular argument. His Estate should actually be honoured that he’s been used to illustrate my point.

The thing about quoting is, it works, and works well. Annoyingly so. Quotes have ridiculously high levels of sharability. They’re so simple and catchy that they make pressing that ReTweet button soooooo easy.

And I know that being positive online is a good thing and if you can share something positive with your audience then what’s wrong with that and yadda yadda yadda….I know. It’s the self-appointed “gurus” that, let’s be honest, use quotes purely for their attractiveness. What value does it add? How does it speak to your business ethos? What does it uncover about you?

All I know is for this guy, if I see chronic quoting creep into your feed, you’re getting unfollowed, and unfollowed fast.